A Trip Back in Time at The Titanic Museum

You are in for a treat during your tour as you take a trip back in time at the Titanic Museum. Who did it? Our tour was a mystery themed tour and it was a lot of fun. The museum also does a flashlight tour.

The mystery began at the entry of the museum. Our tour guide was interrupted by a crewman being shot, but who shot him. As we wind our way through the museum, we would meet 4 suspects. 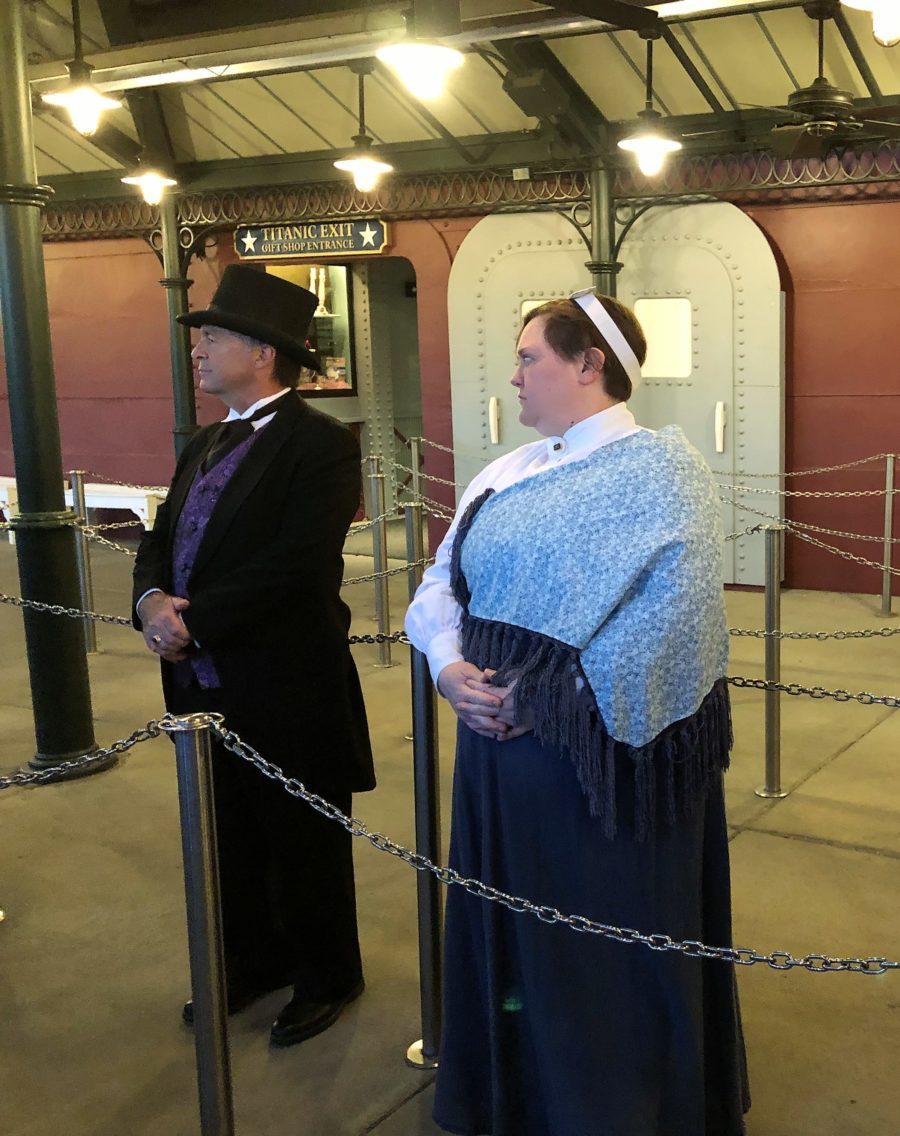 We met a professional gambler, the nanny, Alice Clever, the mom, Mrs. Lucille Carter, and the Officer. One of them was the murderer. They all had a gun, and it was up to all of us on the tour to figure out who did it. This was such a fun way to explore the artifacts from the Titanic. 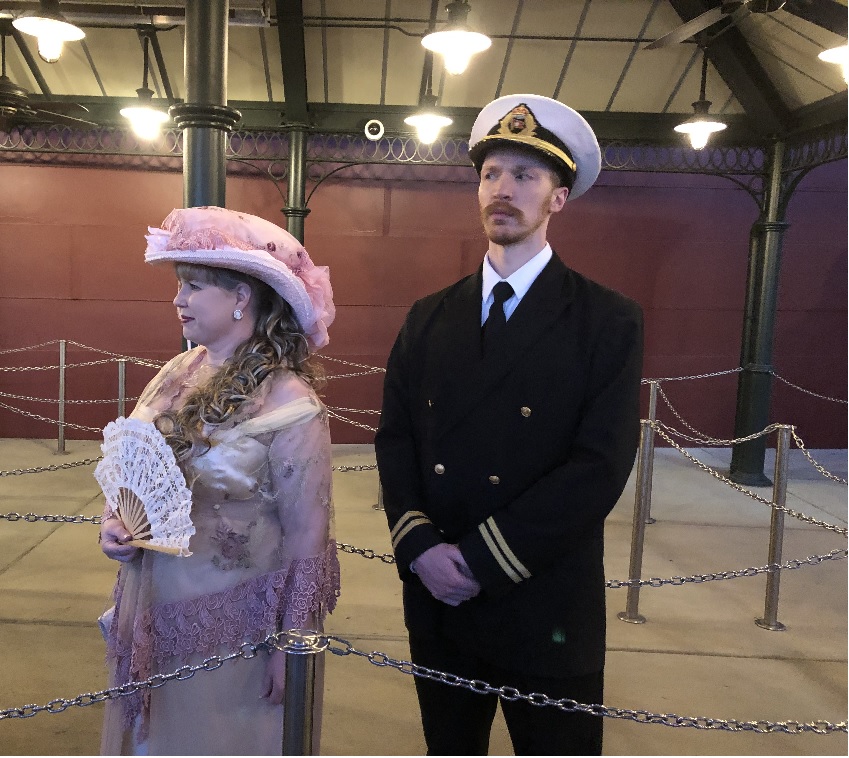 My husband even played a role in the mystery, he was one the son of the mom that may have been the murderer. He had a blast in his role.

The Musicians of The Titanic

Halfway through the tour, when we reached the tribute room for the musicians on the Titanic, we were treated to a surprise. Marty Hughes, one of the performers from the Hughes Brothers Musical, played a song on the piano that was in the middle of the room.

We were also told of the violin that was recovered in the wreckage of the titanic. It belonged to Wallace Henry Hartley. The Violin was being shown at the other Titanic museum in Pigeon Forge, TN . It would return to the Branson, MO museum next year and be on display.

The Artifacts From The Titanic

As we reached the end of the tour, I was still in awe of all the stories and artifacts that I learned about on this tour. This was the second time for me to tour the Titanic Museum in Branson, MO. I could go back year after year, and still see something new.

So who did it, who murdered the crewman, well you’ll have to visit the Titanic Museum to find out for yourself. I will tell you this, be careful who you put your kids in the care of when you go on a Titanic cruise, haha.

Did You Live Or Die

his was so much fun, the person on my card unfortunately perished on the Titanic. My husband’s card was much more lucky, as he was a child, and lived through the Titanic sinking. I really think this is one of the most fun parts of the tour. And you get to learn a little history of the passengers that lived and died on the Titanic.

For More Information On The Titanic Museum