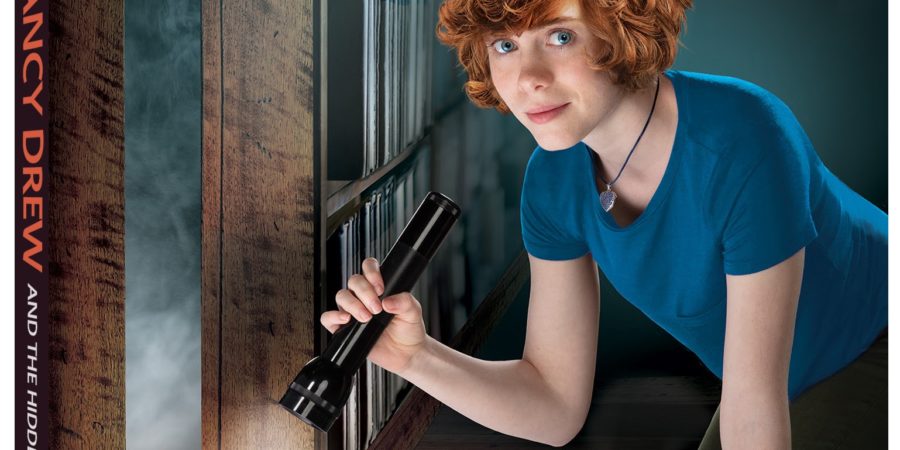 Nancy Drew And The Hidden Staircase

Girls have grown up with Nancy Drew for years. The new Nancy Drew movie, Nancy Drew and the Hidden Staircase, is a great family movie. I really enjoyed it and hope they continue the series.

I had the please of interviewing the star of the movie, Sophia Lillis, the other day. Myself and about 10 others were able to ask her a couple questions each. Here are some of the wonderful answers she gave. By the way, Sophia is a doll, she was so sweet and welcoming to all of us.

Me: What was your favorite part of playing such an iconic character like Nancy Drew?

Sophia: I was able to be light hearted. I put a lot of myself into this character, and had a lot of fun playing her because most of my films are more on the darker side. I got to show my real self more in this film.

Sophia: I haven’t had to deal with this nor do I know anyone that has. I do like how she handled it, it may not have been the best way to deal with it, but it was a fun way to deal with it. As for the girl power, I think everyone should follow their passion, boy or girl and don’t let that stop you.

More of The Interview With Sophia Lillis

Interviewer: Will there be more movies in the Nancy Drew series?
Sophia: I hope so, I think it’s a great family movie, great for the new generation. With so many books and so much content, I feel there will be more movies, and I would love to play this part again.
Interviewer: Who is your roll model and why?
Sophia: As far as actors – Bill Murray. I love the way he goes about life, he is very free in what he is doing. He loves what he does, and he tells the stories great. I really love his work. He’s been in a lot of comedic movies and I would love to do a comedy and be the comedic version of Bill Murray.
Interviewer: Is your mom supportive of you acting and do you get a long great with her?
Sophia: Ha Ha, yah, she is sort of my manager, she helps me a lot. She reads all the scripts and helps me practice and goes to all the auditions with me.
Interviewer: What is some advice you would give young girls in following your path in acting ?
Sophia: Don’t be so nervous, I wasn’t really nervous about acting, but I was during auditions. Will I do ok, will I get it, a whole spiral of negative thoughts. That just won’t help you in life, so I would tell them to not be nervous, it is natural, but try hard not to have that downward spiral.

Based on the Bestselling Book!

The iconic mystery solving teenager from the classic Nancy Drew books is back with an all-new feature length film that will keep you guessing until the very end! Warner Bros. Home Entertainment will release Nancy Drew And The Hidden Staircase on Digital starting March 26, 2019 and Blu-ray™ Combo Pack & DVD on April 2, 2019. Executive Produced by Ellen DeGeneres, the film stars Sophia Lillis (IT and “Sharp Objects”), Sam Trammell (“True Blood” and “This is Us”), and Linda Lavin (“The Good Wife” and“Alice”) and follows Nancy Drew in her new town, making new friends and on a mission to solve the case! The film carries a suggested retail price of $19.99 for the Digital, $19.98 for the DVD and $28.98 for the Blu-ray Combo Pack. 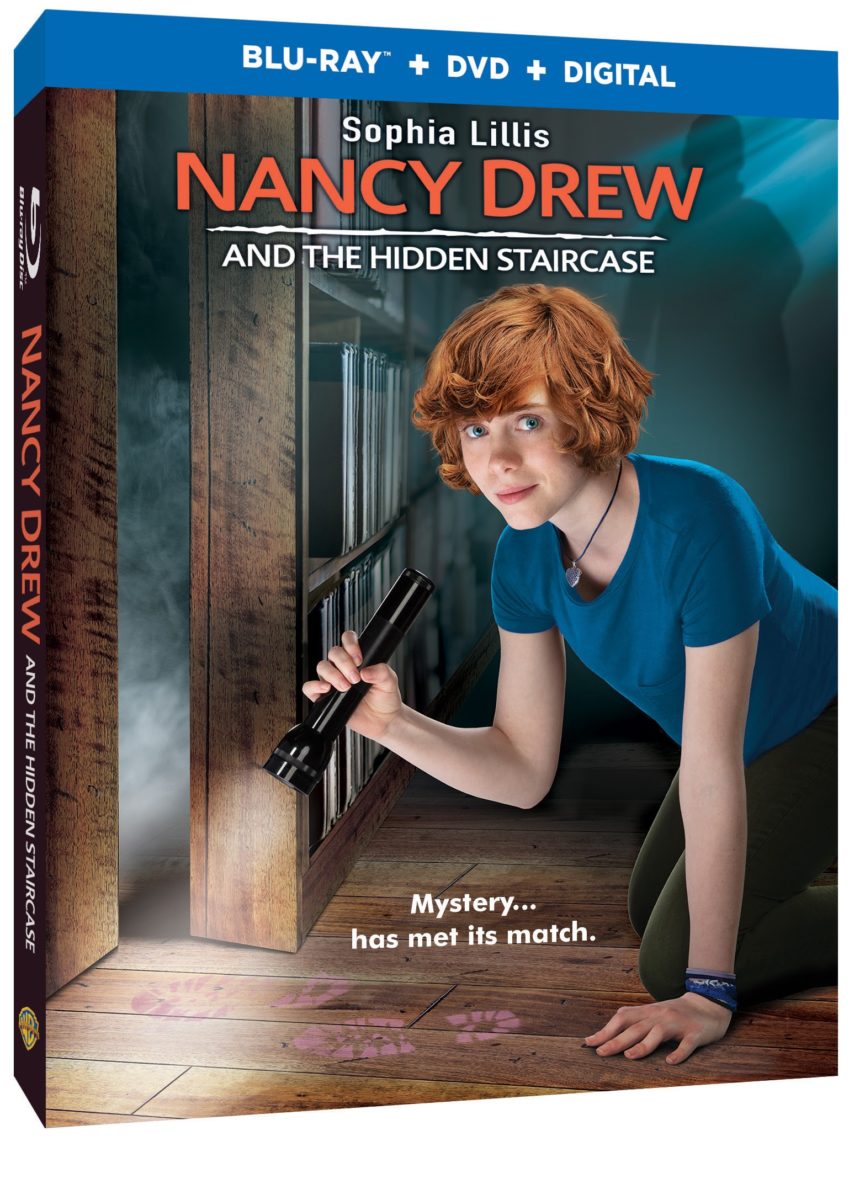 Synopsis of Nancy Drew And The Hidden Staircase

After the death of his wife, Carson Drew decides to leave Chicago behind and make a fresh start with his daughter in River Heights. But for 16-year-old Nancy Drew, life in a small town is mighty dull. She longs for excitement, adventure, and the chance to make a difference. Nancy gets that opportunity when she is asked to help solve the ghostly activity at the Twin Elms Mansion. Can she help explain the creaking footsteps, exploding lightbulbs and the ominous creature? Is it the handiwork of high-school bully Derek Barnes? Or is it possible that the ghost of original owner Malcolm Colfax is back for revenge? Recruiting her best friends, George and Bess, along with local “mean girl” Helen, Nancy Drew is on the case!

• Welcome to the Interactive Nancy Drew Escape Room – to escape, you must solve riddles and find items to uncover the three numbers needed to open to door. Good Luck!

• In the Mystery Match Video Puzzle, use your mouse to click + drag puzzle pieces to unlock clips from the film.

4 thoughts on “Nancy Drew And The Hidden Staircase”

END_OF_DOCUMENT_TOKEN_TO_BE_REPLACED

My kiddo and I have been creating a dish a week.

Perfect vehicle to share with you on #earthday T

So yah, this happened today. I was on The Drew B

Need a last minute tip for decorating those Easter

Easter is almost hear and these decorated Easter e

Finished up our last day of our #brewsandbrews tou

WOW!!! What an amazing 2nd day we had exploring @v

1st day in Boerne, TX was a success. Follow alon