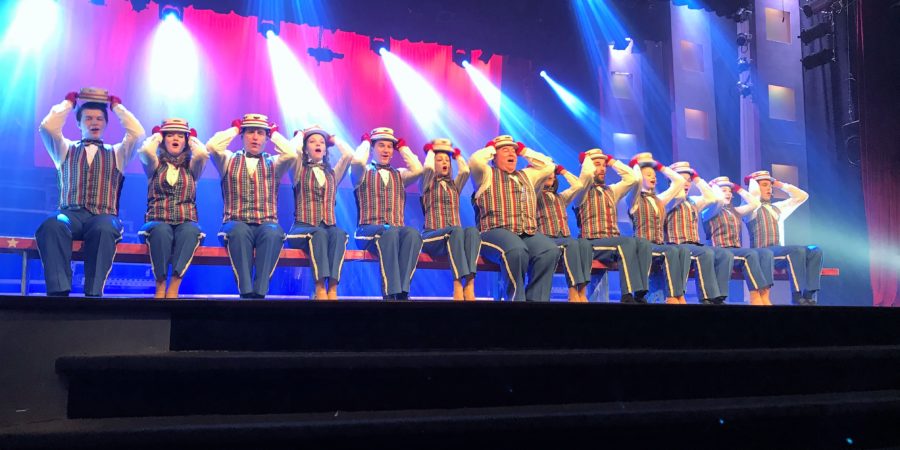 The Hughes Brothers, It Truly Is The Greatest Show 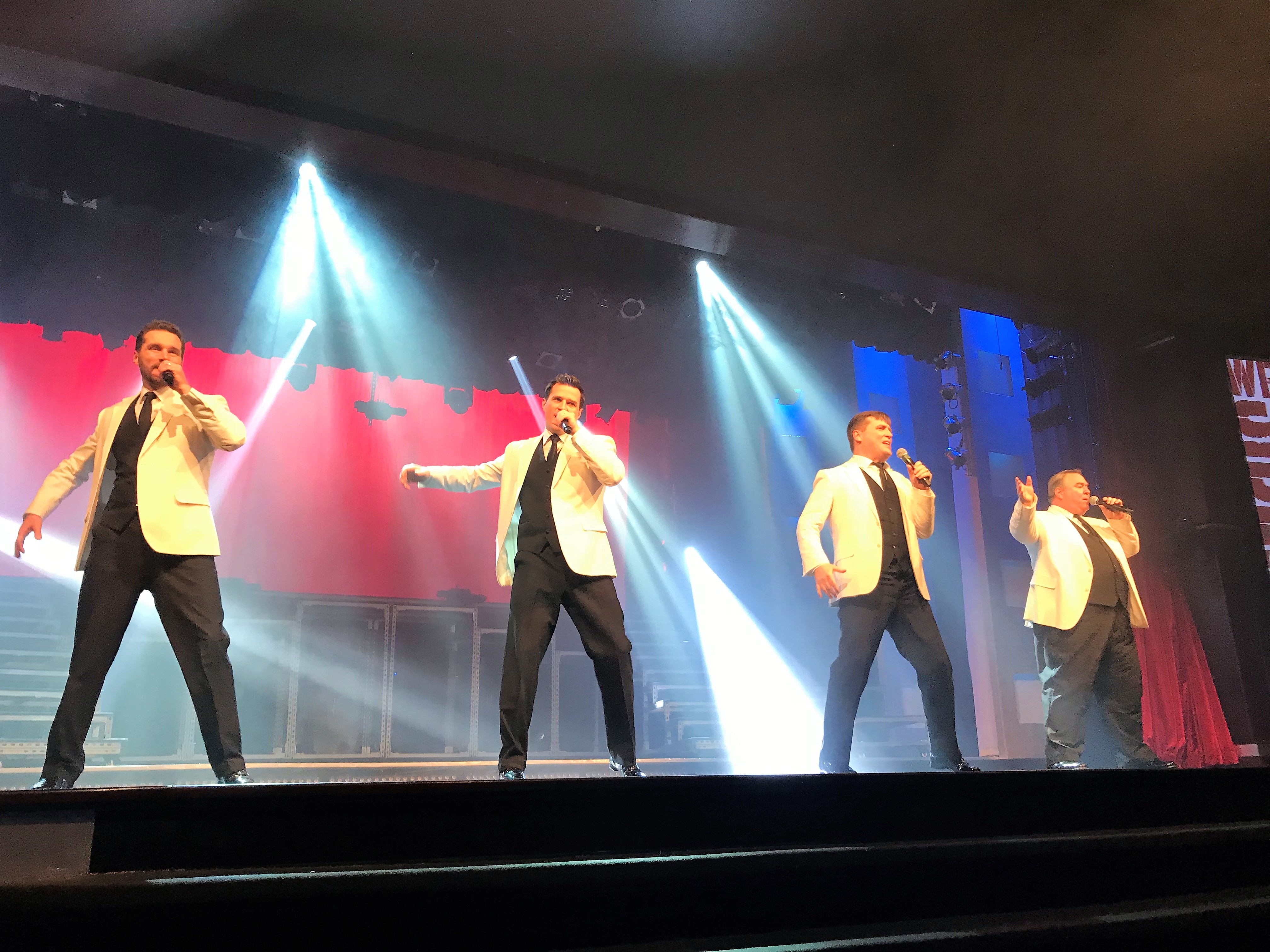 The Hughes Brothers, It Truly Is The Greatest Show. It has the biggest family singing and dancing, and has so many different era’s of music. Every age will love this show.

Every Seat Is A Great Seat

Our seats were great, but every seat in this beautiful theater is great. We were able to speak with the family after the show, and ask them anything we wanted. My question was about rehearsal, how do they do it with all the kids and all the schedules? Thier answer was great, they all help out, like a family should. 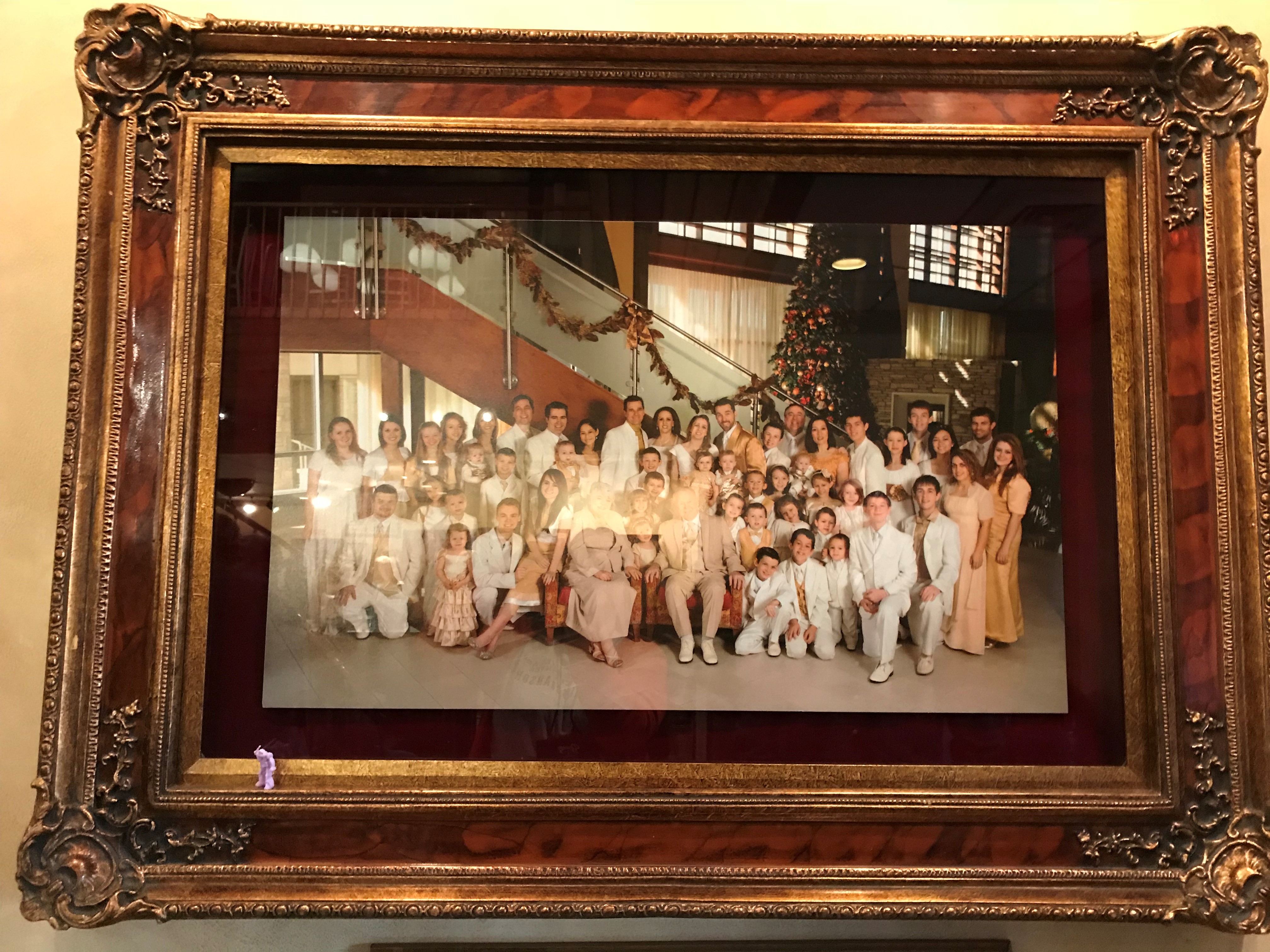 We were treated to a free soda and popcorn and the staff behind the counter were so polite. It’s so refreshing, everywhere we went in Branson, that was the normal, EVERYONE was polite.  Little did I know that the very kid that was giving me my soda, was also one of the Hughes Brothers kids. I would learn so much more about this amazing family as the night went on. 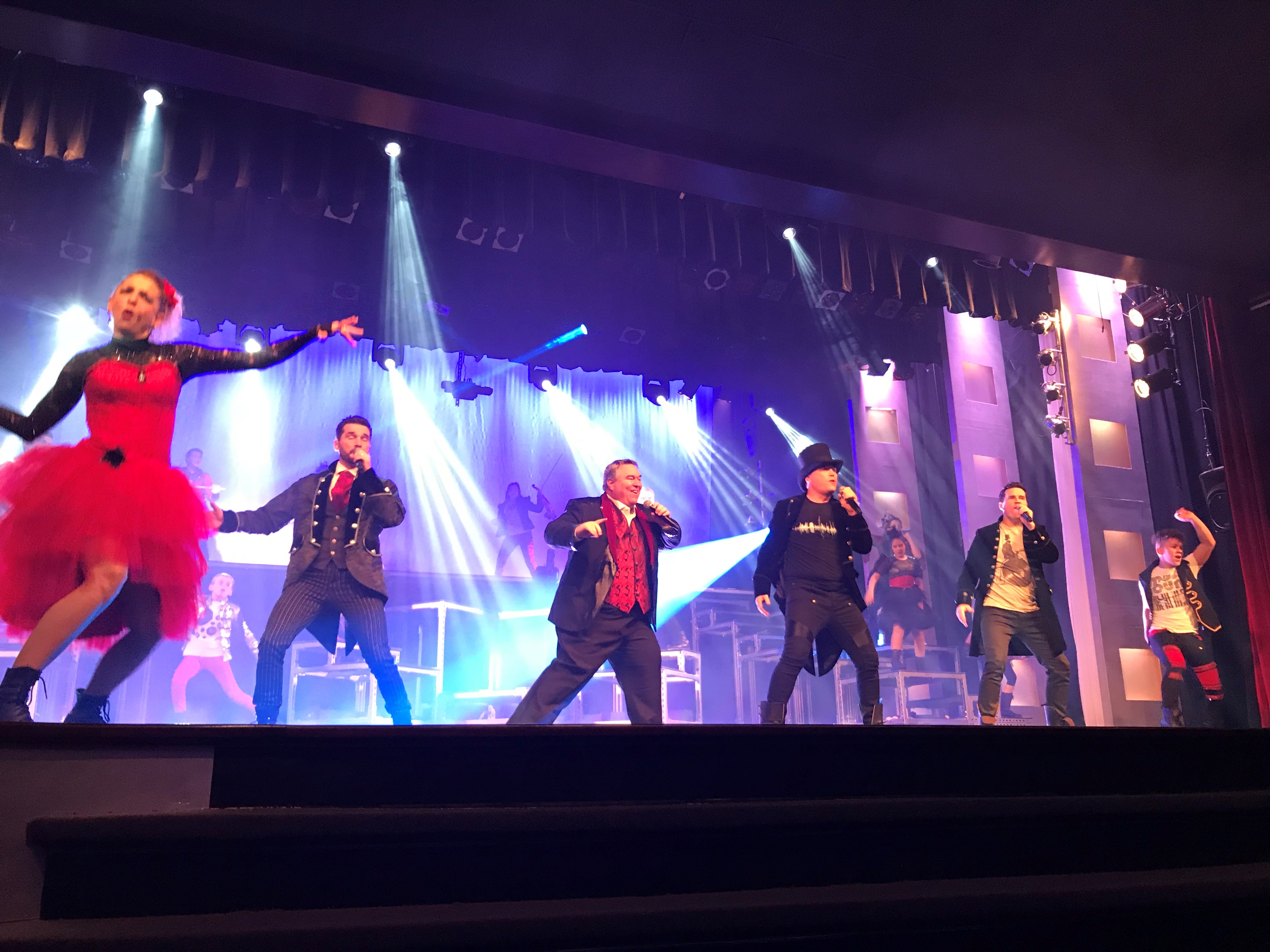 The lights were dimmed, and the show was about to begin. I had no idea what I was about to experience. They began the show with the song from The Greatest Showman, The Greatest Show. I couldn’t believe what I was seeing and hearing, kids of all ages, adults, all of them amazing singers and entertainers. And again, this was the first song. And yes, those are the stairs to the stage, we were in the front row. 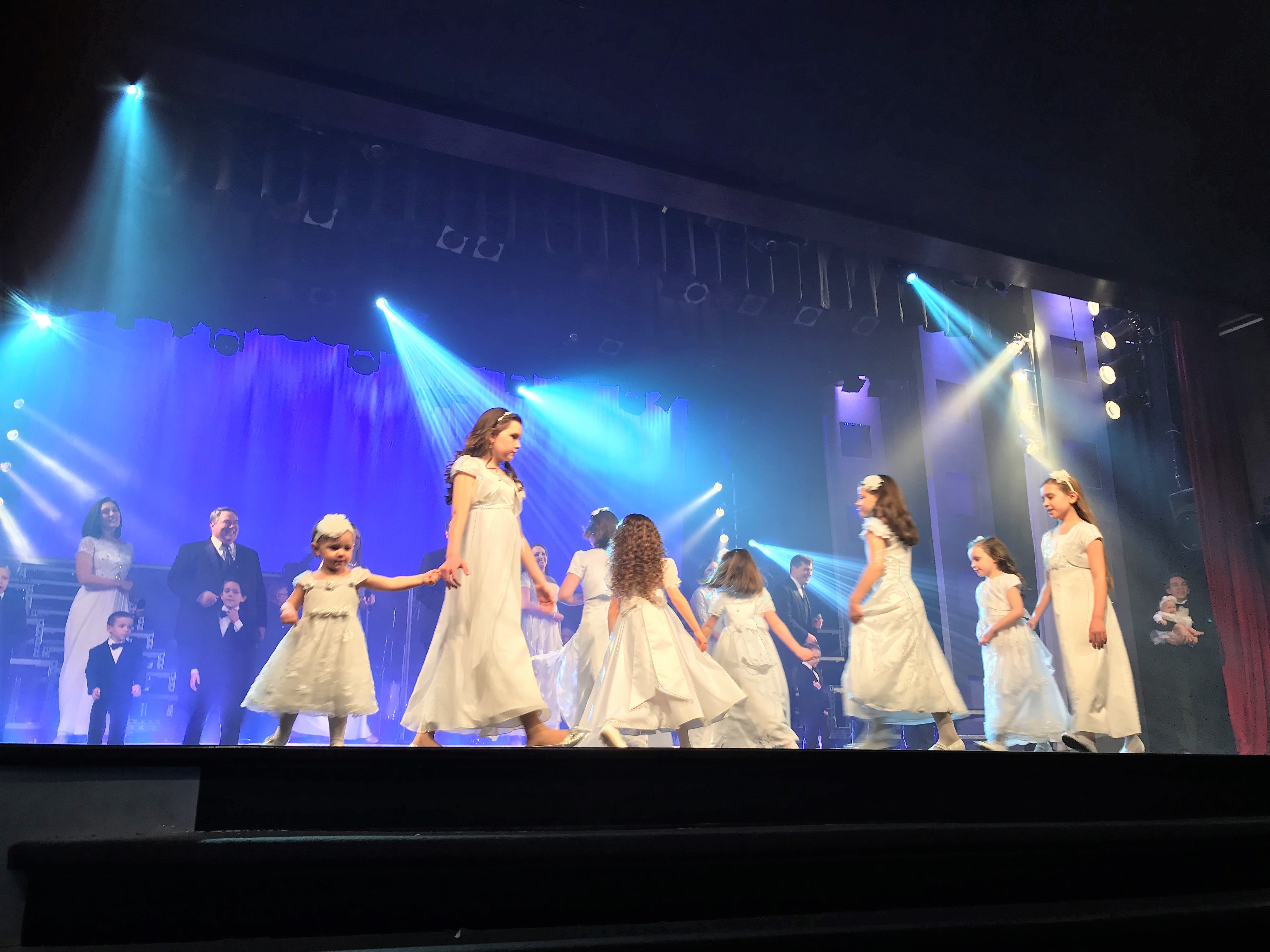 As the show went on it was one hit after another. I was memorized by all this talent, and soon learned, they were one big entertaining family. Every adult and kid were part of this outstanding family. They also carry the title of the “World’s Largest Performing Family”, yes, this amazing family is in Branson, MO.

The History of The Hughes Music Show

We learned the story of this amazing family that moved to Branson from Utah. Marty, Jason, Adam, Ryan, and Andy are married to Cindy, Mara, Vikki, Carina, and Becky, respectively. Now their wives and more than 35 children and grand-children are also in the show, delighting audiences as they entertain alongside the brothers. 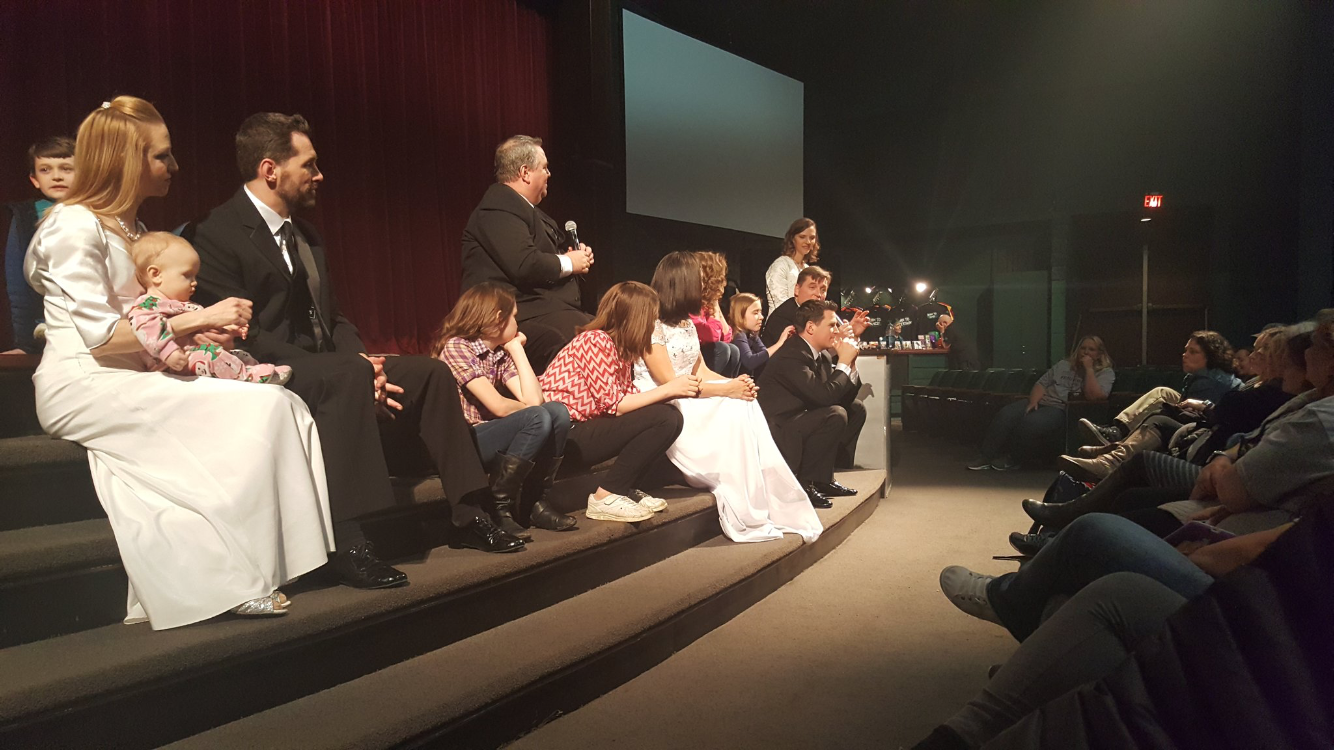 They Stuck Around For a Q & A

After the show was over, we engaged in a question and answer session with the whole family. I couldn’t wait to talk to one of the son’s of the oldest brother, his name is Jacob Hughes. He sang a solo during the show, while playing the guitar and I learned that he also plays the drums during the show. I asked him who his favorite drummer was and to my delight, he named 2 of my favorites. He gave me a copy of his CD, and I haven’t stopped listening to it, this kid has talent, more then talent, this kid is a star. 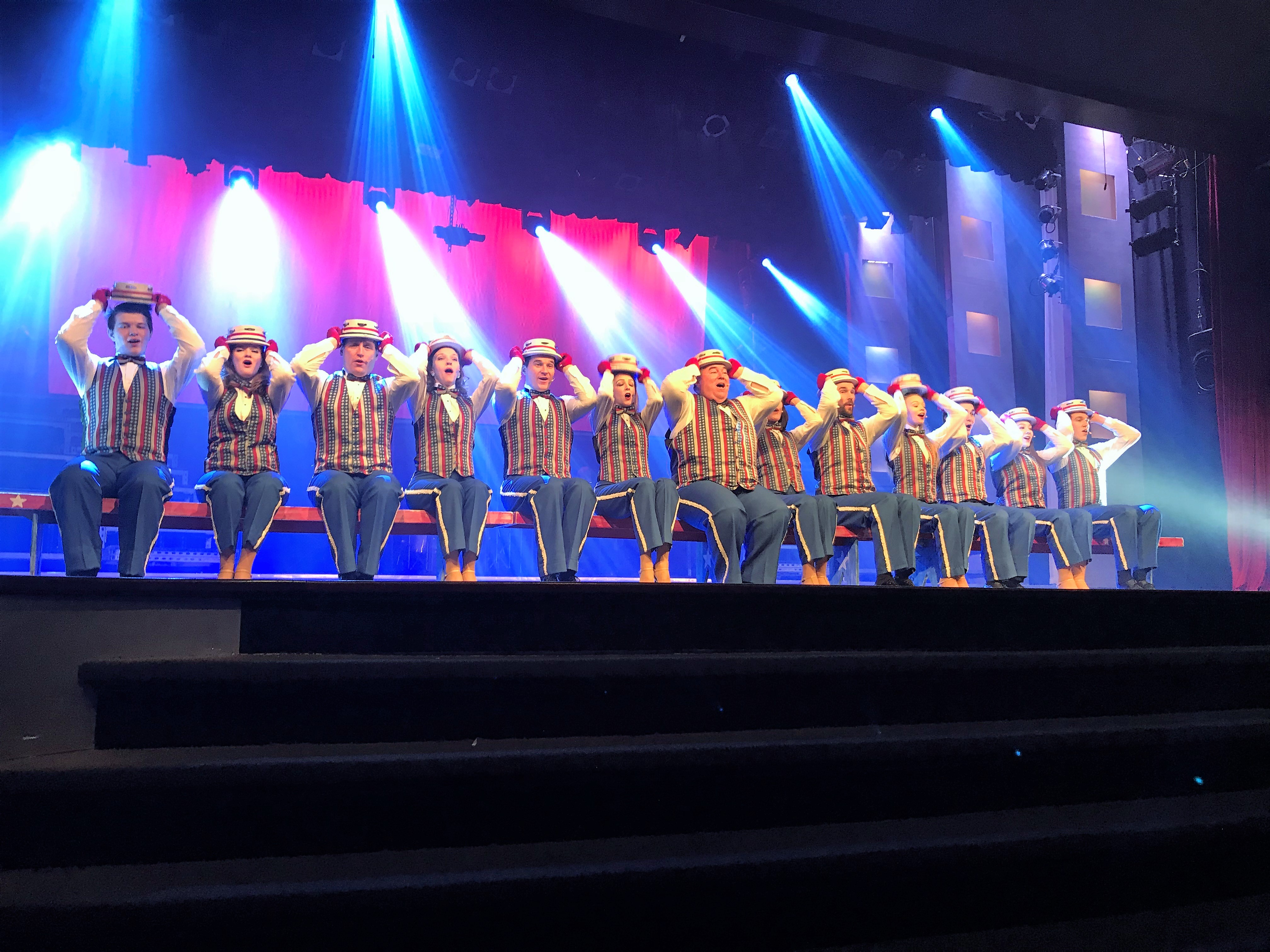 Creating Their Own History

In January of 2000, the Hughes Brothers took over the former Roy Clark Celebrity Theatre, Branson’ s landmark theater in the heart of town. The family not only performs there, but also owns and manages the theater now renamed The Hughes Brothers Theatre.

For more information and to book tickets, visit their website at http://www.hughesbrotherstheatre.com/.

5 thoughts on “The Hughes Brothers, It Truly Is The Greatest Show”